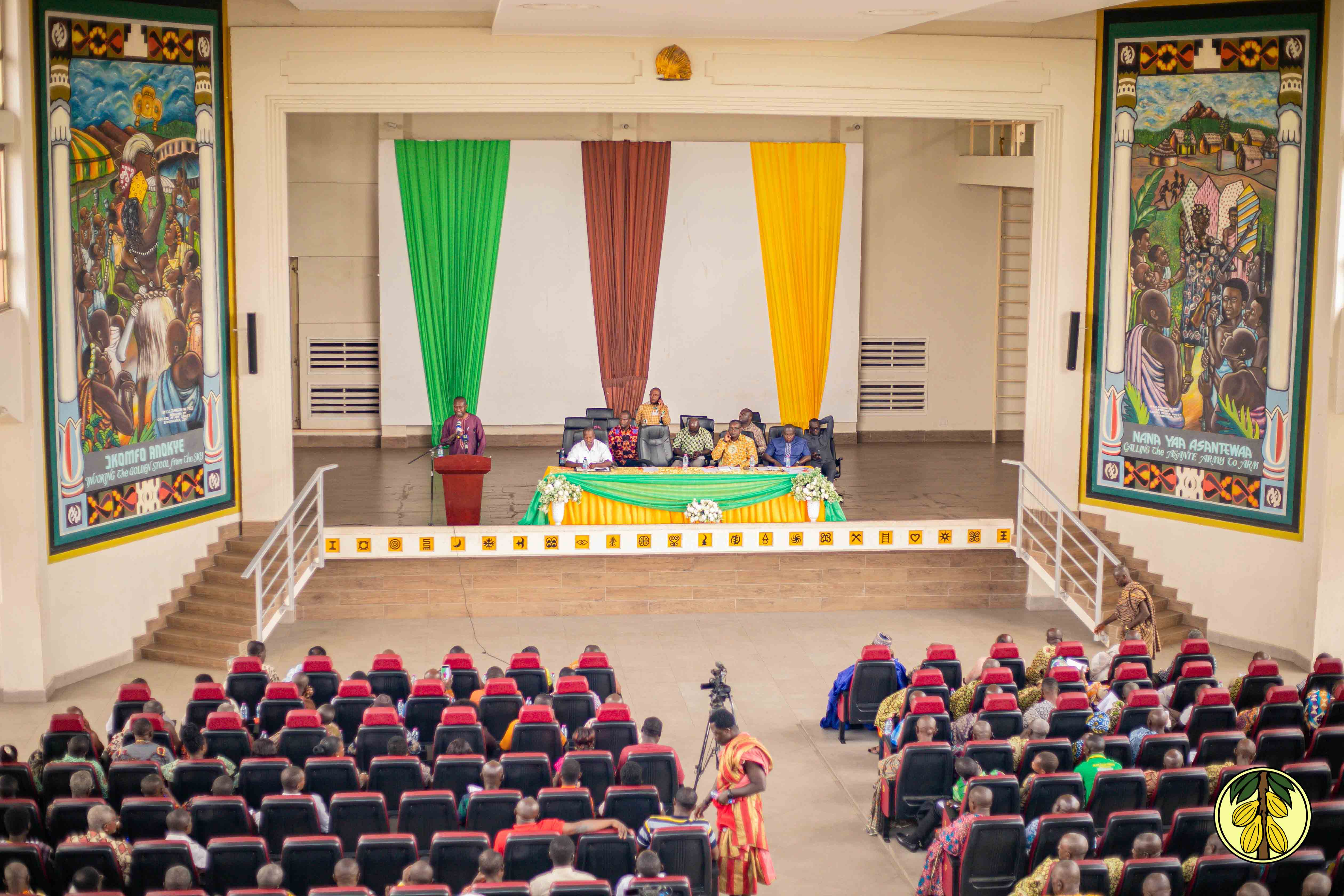 Cocoa Farmers have called for the maintenance of the guaranteed producer price mechanism for the purchase of cocoa in Ghana despite some recent media reports questioning the effectiveness of the mechanism.

The call followed an interaction between Ghana Cocoa Board (COCOBOD) and various distinguished cocoa farmers on the processes which lead to the determination of the producer price of cocoa and the uniqueness of Ghana’s cocoa purchasing arrangement which is aimed at ensuring decent incomes for all cocoa farmers.

The interaction took place at a major stakeholder meeting which involved hundreds of past award-winning cocoa farmers; national, regional and district chief farmers and executives of cocoa-farmer cooperatives from all cocoa-growing areas in Ghana.

The interactive meeting was held in Kumasi to dialogue on various interventions, programmes and challenges within the cocoa sector.

Addressing the farmers, Hon Joseph Boahen Aidoo, the Chief Executive of COCOBOD said the determination of the producer price also takes into consideration the interventions and services that COCOBOD provides for farmers, such as, the supply of subsidised fertilisers, the mass spraying of cocoa farms, the supply of seedlings at no cost to farmers and the rehabilitation of diseased cocoa farms, among others.

He said, collectively the interventions and the principle of paying at least 70% of the achieved FOB price to cocoa farmers are to ensure that cocoa farming remains a decent economic activity for farmers. He added that COCOBOD and its Ivorian counterpart are working towards the full implementation of the Living Income Differential (LID) and the complete realisation of its related benefits for farmers.

Hon Aidoo appealed to the chief farmers and executives of cocoa-farmer cooperatives to help sensitise other farmers to remain in the cocoa farming business despite pressures to convert to alternative cash crops or to release their lands to illegal miners.

He noted, that Galamsey (illegal mining) is a major threat to the future of Ghana’s cocoa sector. The distraction of Ghana’s water bodies resulting from Galamsey has stalled COCOBOD’s plans to roll out the cocoa irrigation project as an addition to the Productivity Enhancement Programmes (PEPS) to improve yields per unit acre of cocoa farm.

Nana Kojo Amoako, the 2021 National Best Cocoa Farmer, on his part, made a passionate plea to his fellow award-winning and chief farmers to work in unity among themselves and dialogue with COCOBOD for the sustenance of the industry.

He said chief farmers and executives of various cooperatives must recognise that they have been put in positions of trust and that they have the responsibility to be fair to the members of their cooperatives in supervising activities, such as the distribution of fertilizers and the spraying of cocoa farms.

He advised the farmers to promptly report any suspected instances of diversion of COCOBODs agrochemicals or smuggling of cocoa beans to neighbouring countries. 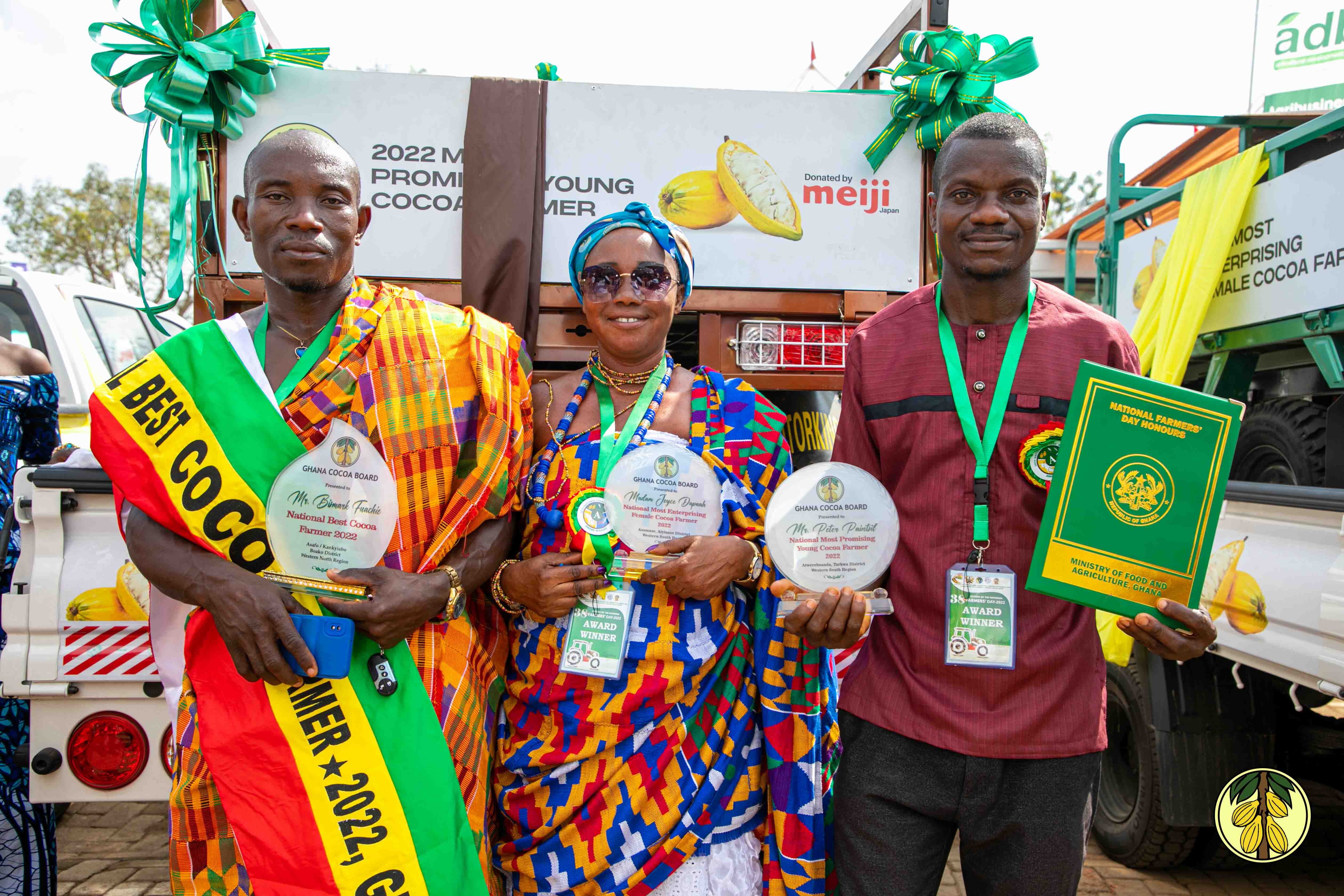 Mr Bismarck Fuachie from Sefwi Asafo in the Western North Region has emerged ... 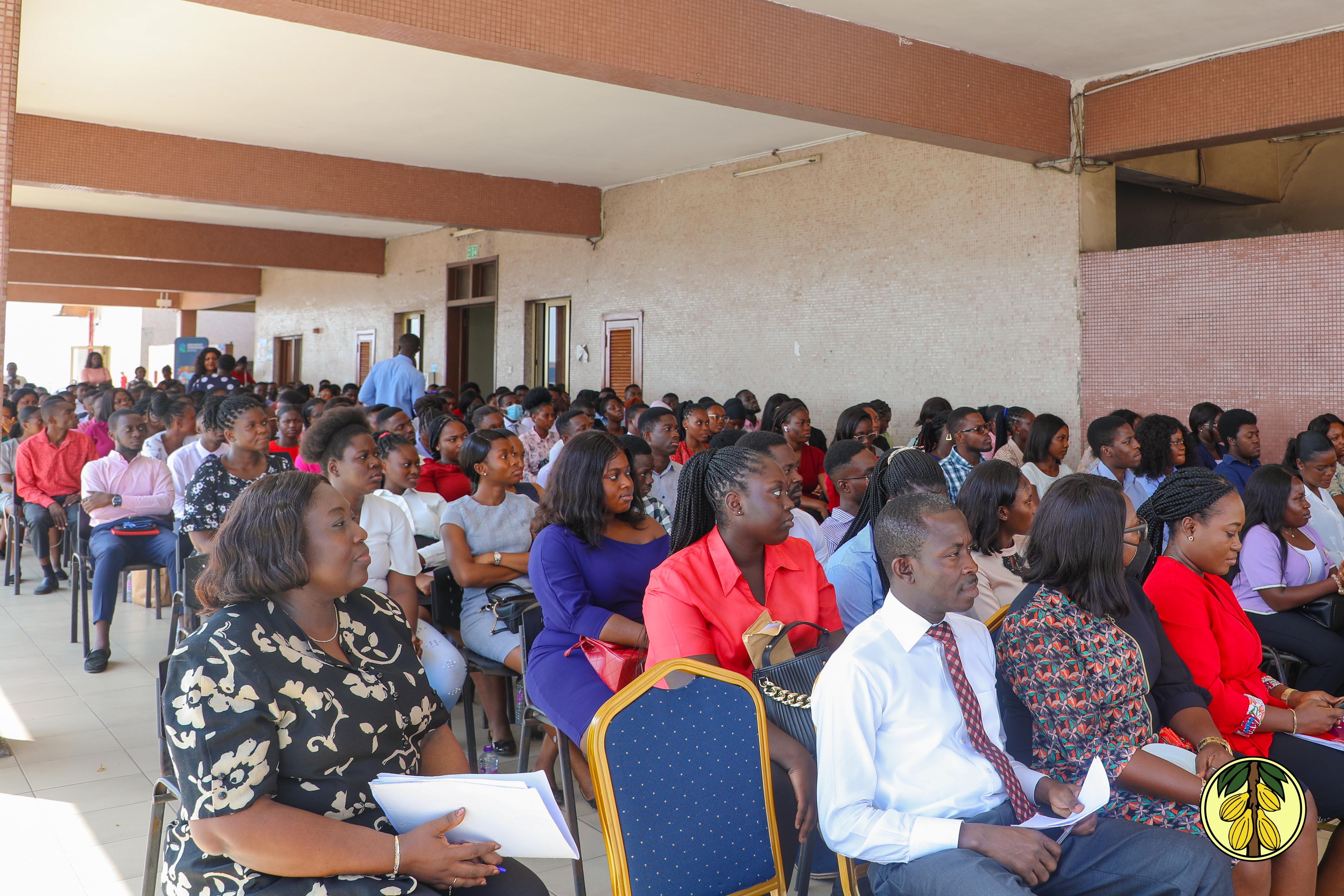 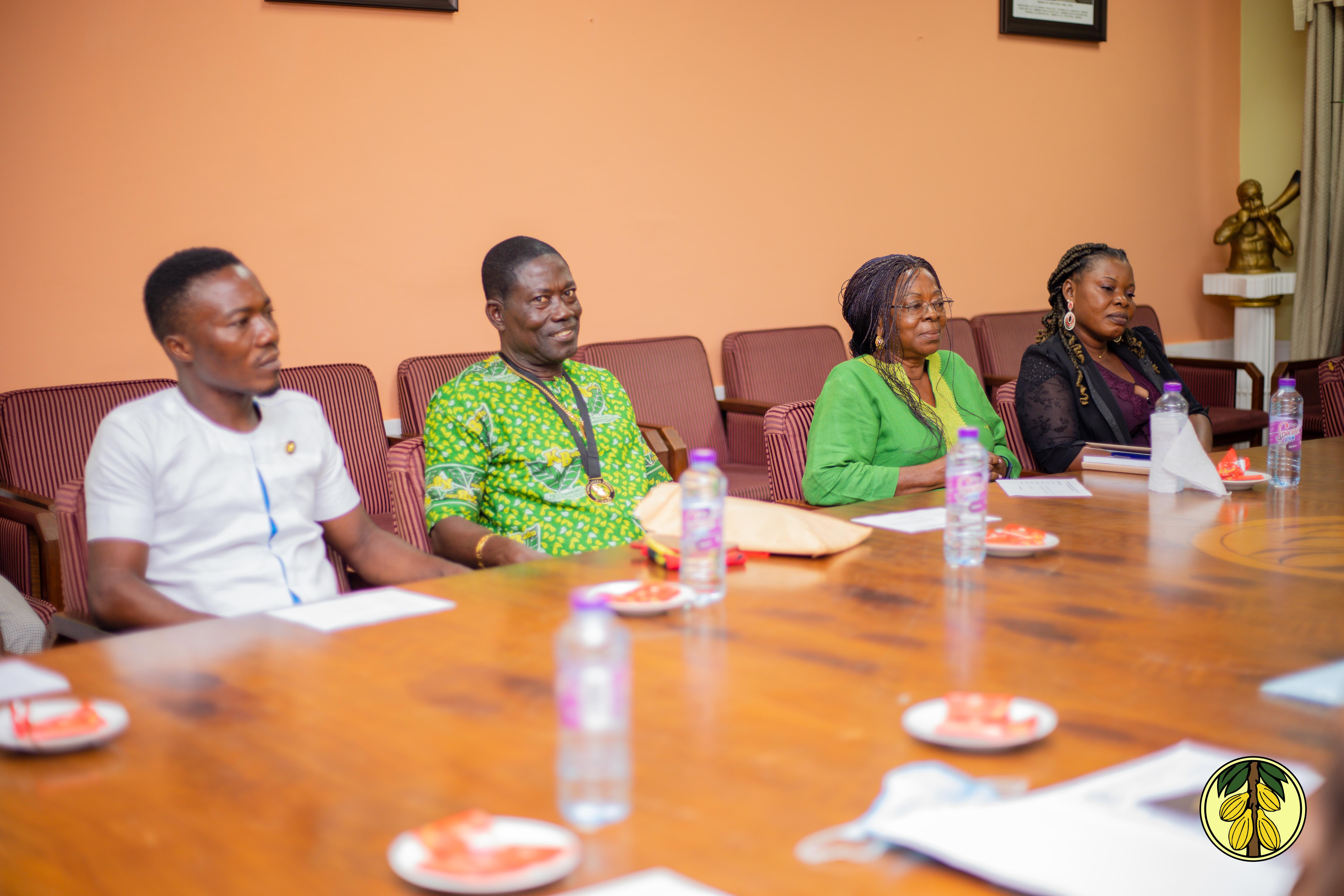