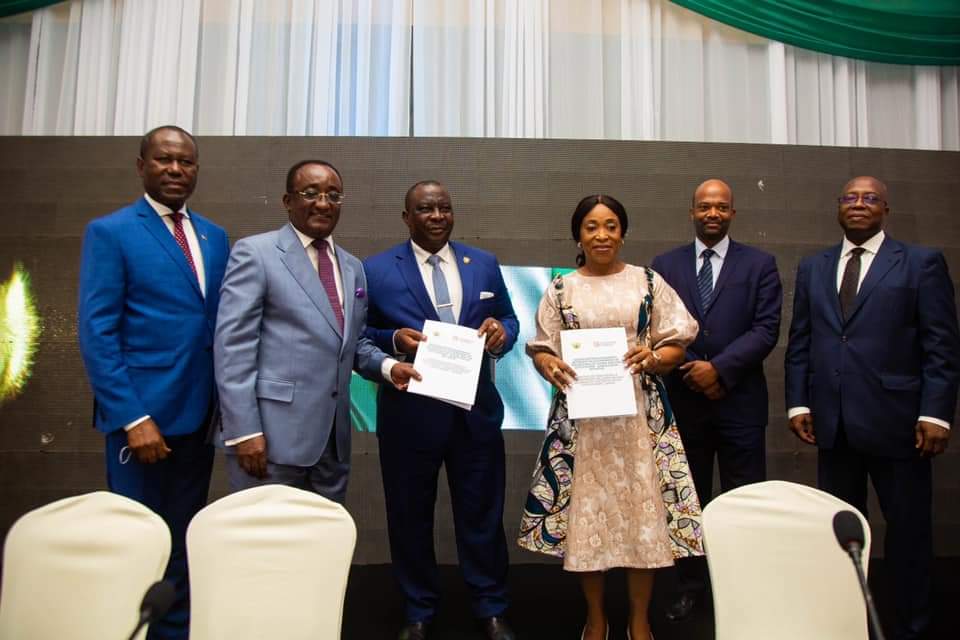 The Government of Ghana has signed an agreement to host the Secretariat of the Cote d’Ivoire–Ghana Cocoa Initiative in Accra.

The signing is the latest milestone in a unique bilateral process to further strengthen and expand the existing economic relations on cocoa and other related matters between Ghana and Cote d’Ivoire; the two largest cocoa-producing countries in the world.

The signing galvanises the two countries’ resolve to secure and sustain a decent income for cocoa farmers in their respective countries through the framework of a fully implemented Living Income Differential (LID) and other joint programmes.

The initiative binds both countries to commit to a common front on the global cocoa market with respect to policy formulation, research, pricing, anti-smuggling, and sustainability initiatives in their countries to support growers of the crop.

Delivering the keynote statement, Ghana’s Foreign Affairs Minister, Hon. Shirley Ayorkor Botchway lauded the vision of the presidents of the two countries and the unprecedented impetus which have fuelled the trajectory towards the actualization of the trade accord and its subsequent selection of Accra as the headquarters.

"As a government, we pledge our unflinching support and cooperation to help the initiative achieve its primary objective. It is our ultimate aim that, in the end, the cocoa farmer’s income level will improve so that they can enjoy decent living standards", she assured.

The Minister for Food and Agriculture of Ghana, Dr. Owusu Afriyie Akoto, who doubles as the Chairman of the Steering Committee of the Initiative, said the two countries produce nearly two-thirds of the world’s cocoa – a good reason for them to come together for a bigger voice within the global cocoa industry.

“Together, we should be able to tell the world that the $120 billion industry for which we are getting only 6 billion is not fair. As Chairman of the Initiative, I will do everything within my power to ensure that the objective of this initiative is realised”, he said.

Chief Executive of Ghana Cocoa Board, Hon Joseph Boahen Aidoo, in a welcome statement disclosed that the establishment of the Secretariat is key to facilitate the coordination of efforts by the two countries for compliance to the principles and protocols of LID.

The Director-General of the Le Conseil Cafe Cacao, Mr. Yves Brahima Kone, also said the calibre of personnel chosen to manage the affairs of the Secretariat is an indication of the strong desire by the two producers of cocoa to protect the interest of their hardworking farmers.

Meanwhile, Mr Alex Arnaud Assanvo, who brings on board vast experience within the cocoa industry has earlier been appointed the Executive Secretary of the Secretariat.

The establishment of the Secretariat in Accra is seen as strategic, as the city also hosts the headquarters of the African Continental Free Trade Area (AfCFTA). 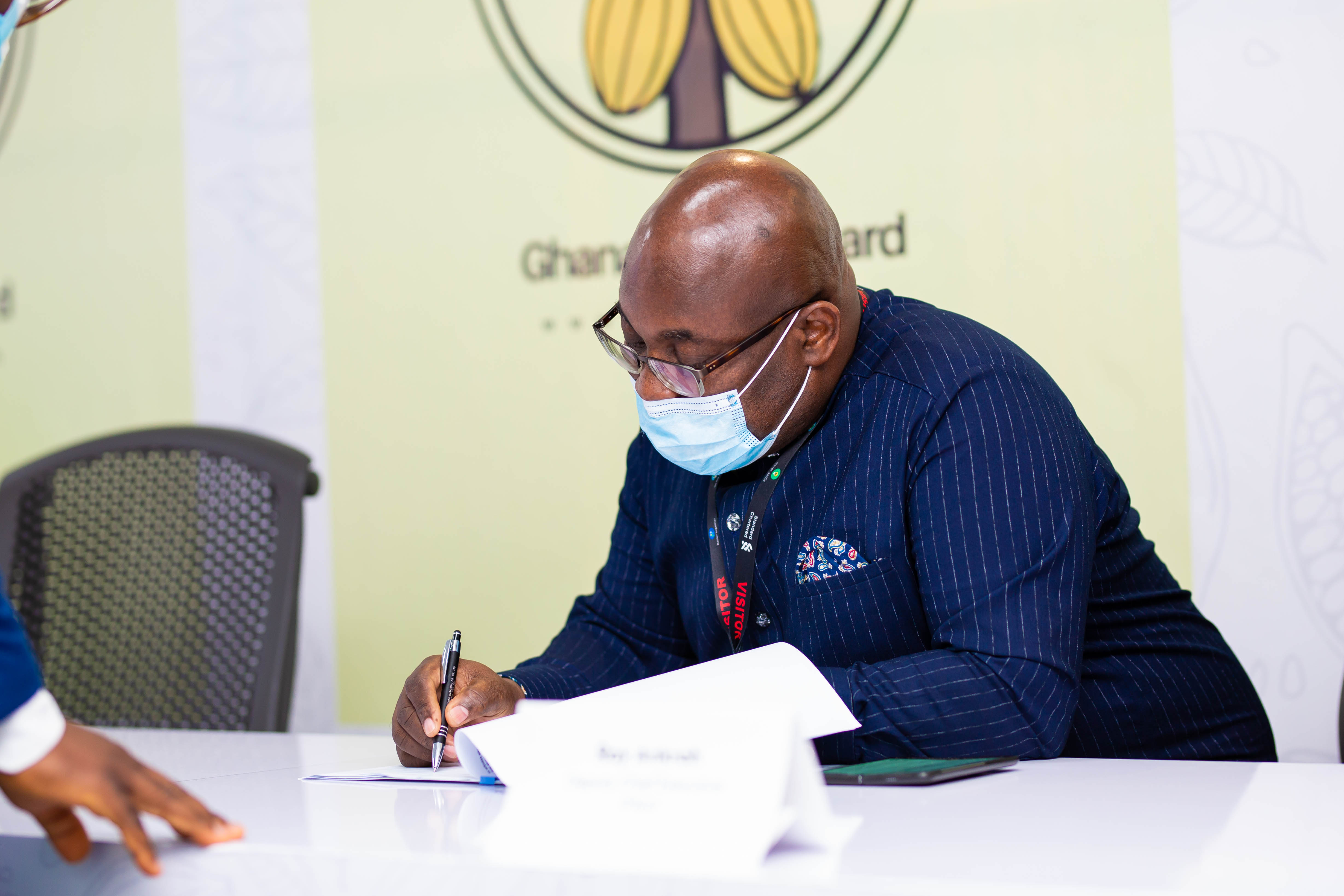 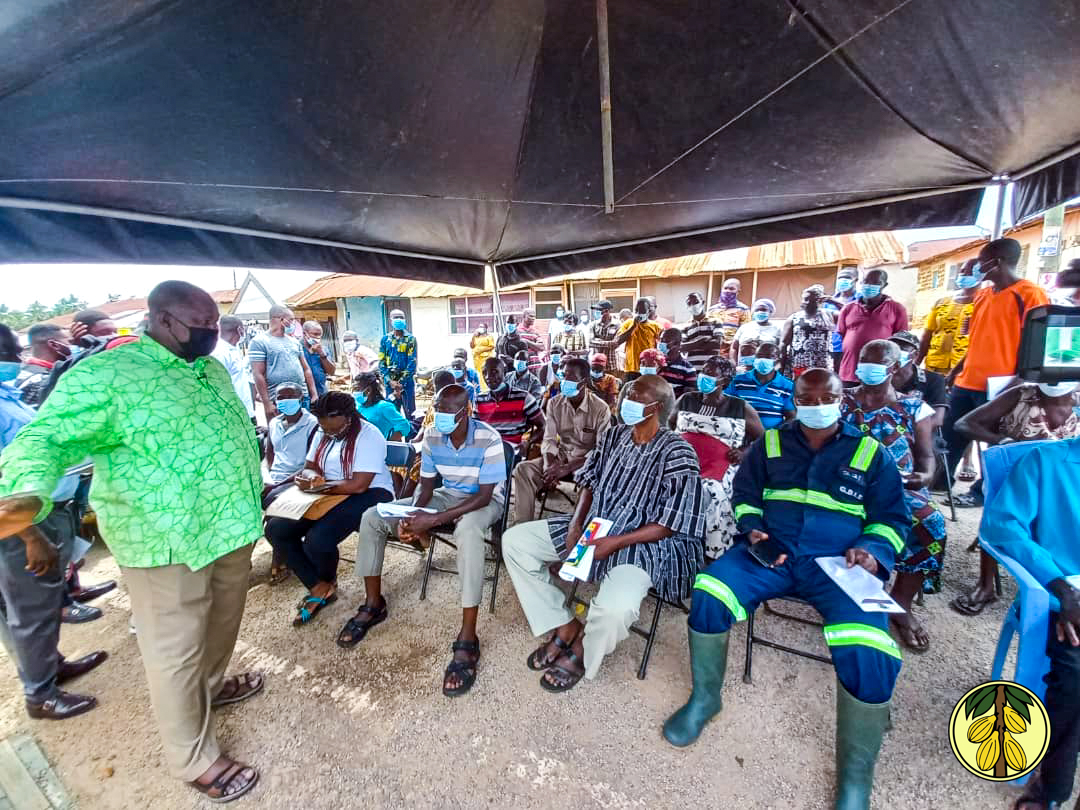 Ghana Cocoa Board (COCOBOD) has begun the pilot phase of the implementation of ... 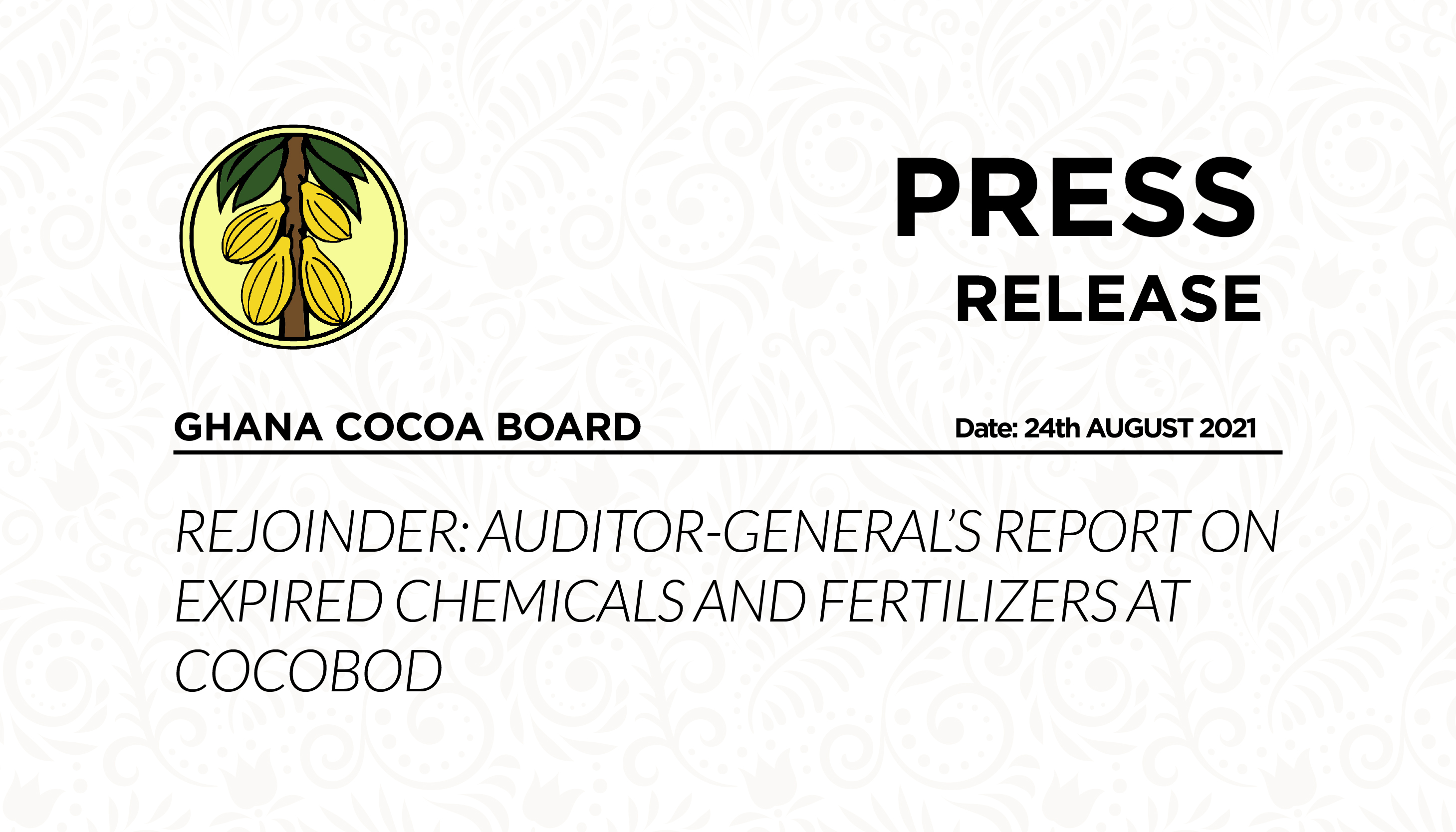 REJOINDER: AUDITOR-GENERAL’S REPORT ON EXPIRED CHEMICALS AND FERTILIZERS AT COCOBOD

The Auditor General, in his report on the Public Accounts of Ghana: Public ...